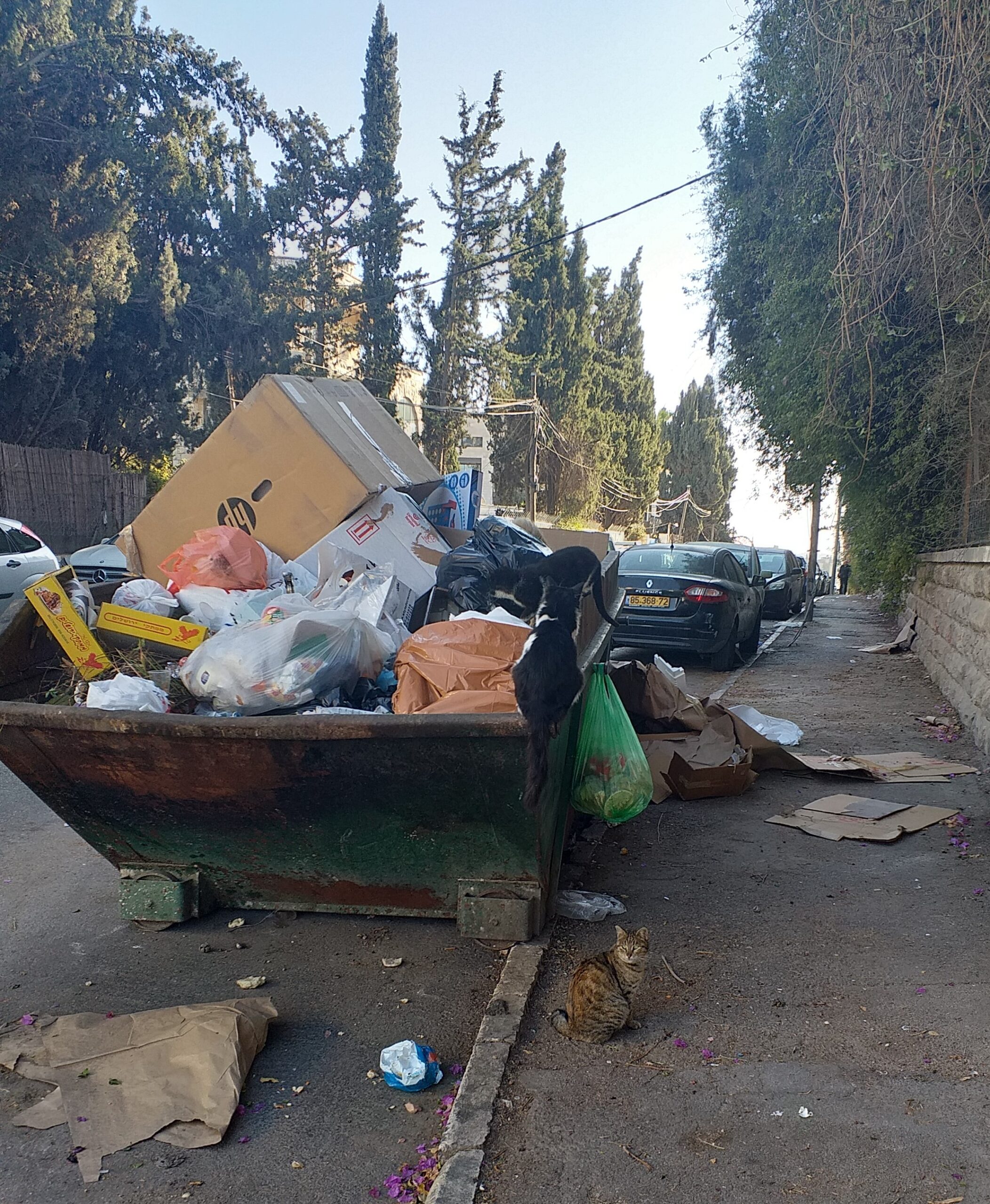 When I moved to East Jerusalem last year, one of the first things I noticed was the very different approach to waste management. This has led me down a path towards adopting more environmentally friendly habits. Now when I look at my home country, the UK, I realise there is also a lot that it could learn from Palestine.

There are several issues in Palestine which make waste management difficult. The Jerusalem municipality seems quite content to run a lottery based system for waste collection and recycling. The most obvious difference is between the East and the West of the city, but it is more complicated than that. A plastic recycling bin that is there one week will disappear the next and the rules for what is accepted are never clear nor is the service that people can expect. In East Jerusalem, this is a consequence of the political situation which also means there are always bigger issues to resolve.

In East Jerusalem, most people use skips on the street for their general rubbish and this results in a very visual display of waste. It also leads to the tendency that everything can be thrown in together.

I’ll admit, I was shocked that the awareness and also the facilities for recycling were so poor. When I thought back to our waste collection system in Scotland it seemed far advanced in comparison. Plastics, tins and paper went in one wheelie bin that was collected fortnightly, organic waste had its own weekly collection, garden waste was collected separately, and glass was well served by on-street bins that were emptied regularly.

As if by magic, huge piles of household rubbish would disappear and we never had to give it a second thought. So, we didn’t….and therein lies the issue!

I was appalled when I started researching the issue to discover that a large proportion of UK recycling is either destroyed locally or shipped abroad where it is often burnt. The sad reality is that very few plastics can be recycled, and most single use plastics are of such a low quality that they are never recycled.

Oh, and did you know that each piece of plastic takes on average 450 years to break down completely! The size and scale of the problem is quite mind boggling. In the UK I had been consuming what I liked, falsely thinking I was ‘doing my bit’ by recycling when all along I was contributing merrily to the climate crisis.

For me it was a wake-up call. I have since realised that it is only by reducing what we consume, rethinking what and how we consume things, and reusing things where possible that change will happen. Recycling should be a last resort. In a strange way, that insight freed me up from feeling annoyed about the recycling facilities in Jerusalem and turned my focus on to positive changes that I could make.

For sure, I would say that awareness of environmental issues is higher in the UK and many people will not now go shopping without their reusable bags. The downside however, is that not only is consumption sky high, the products available in UK supermarkets are sourced from all around the world.

It sounds silly to say it now, but I would previously have thought nothing of buying strawberries at Christmas time, or grapes in January. Everything is available all year round at a fairly stable price and the cost is therefore not being paid by me as the consumer but in the carbon footprint and (probably unethical) practices that the large supermarkets have in place.

Palestine is incredibly lucky to have such an abundance of fresh produce available locally. It has been a fun learning curve to discover which fruits and vegetables will come when and once they are gone, they are gone. I like that the prices vary according to seasonal availability here and that in most cases the fruit, vegetables, meat, eggs, and other produce have not traveled far.

One of the weak spots however in the Israeli and Palestinian supermarkets remains the entire aisle often dedicated to single use plates and cutlery. Generally eating out involves being offered an array of single use plastic items as it is more convenient for the host.

The UK still has a long way to go on this issue as well, but concerted efforts over the past few years have led to some improvements such as more water fountains to refill water bottles, more sustainable food packaging, and a move away from single use items.

I hope over the coming years that this issue starts to receive more attention in Palestine. If enough people started to see climate change as being as big an issue for our future on this earth as corona virus is currently, then I know we can adapt before it is too late.