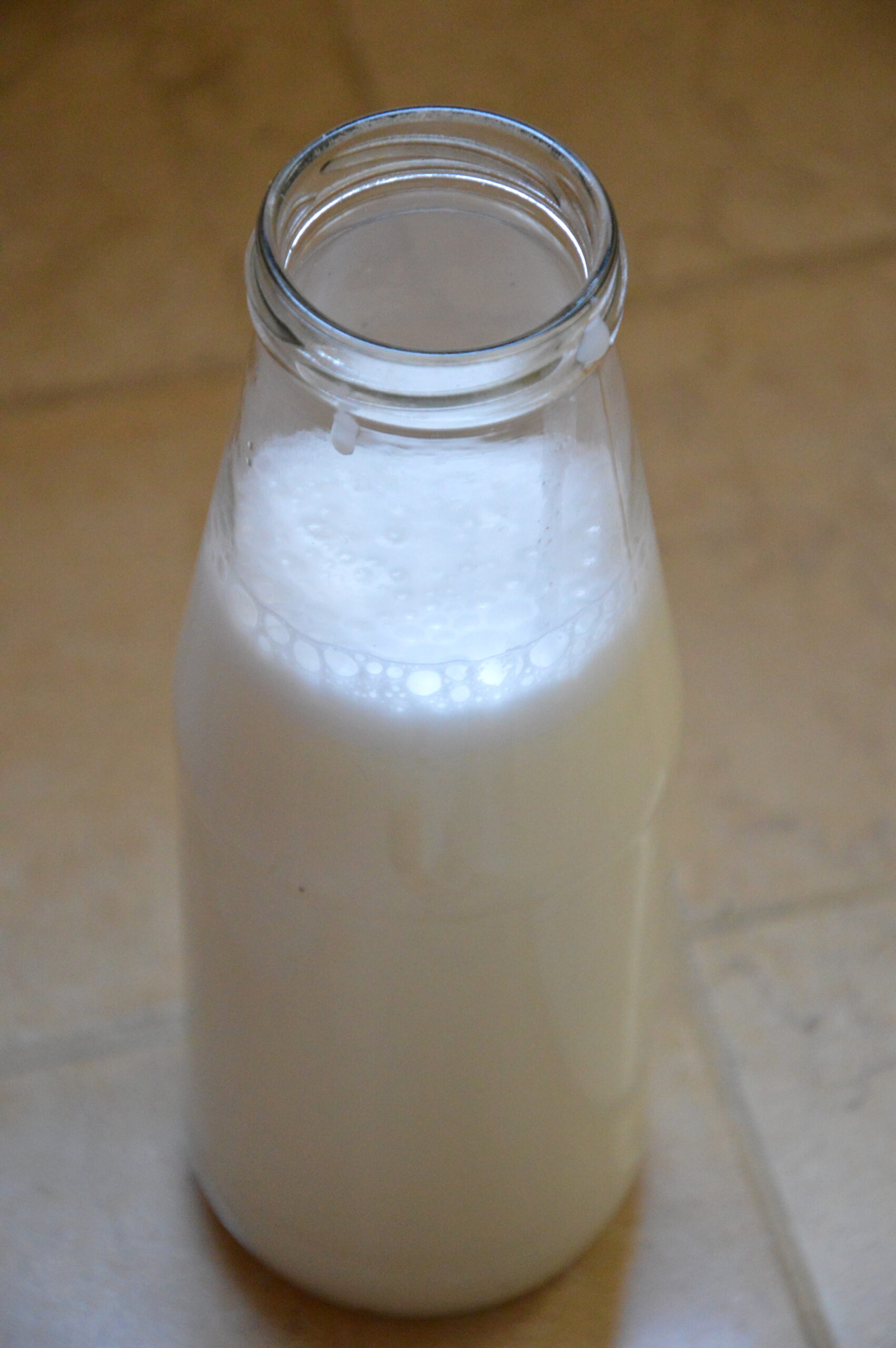 Ever since adopting a zero-waste mindset, I’ve considerably reduced my household waste by finding alternatives to my daily waste-producing habits. Simple swaps made me realize that a little goes a long way. Not only was I cutting down on trash, but along the way, I became healthier and even started saving money.

Seeing as most foods in grocery stores are packaged and processed, I started making my own products from scratch from unpackaged raw ingredients. This even resulted in diet changes for me, as I opted for mostly fresh produce bought in bulk.

Milk is one such example. Since it’s only sold in cartons and plastic, the absence of recycling facilities in Palestine makes the packaging into a big waste deal.

What is more, the dairy industry has major negative impacts on the environment. Not only do the cows produce greenhouse gases, but cattle ranching results in deforestation to make room for the animals. One of the most recent examples of this is the Amazon rainforest fires that broke out in August 2019. This environmental catastrophe was caused by loggers and cattle ranchers to make room for cattle pasture and agricultural expansion.

“Over the past 50 years, 17 percent of the Amazon rainforest has been cut down and destroyed by humans, 80 percent of which is for cattle ranching (to produce beef and dairy)” Green matters

Plant-based milk is a great alternative to cow milk. It has a much lower carbon footprint than dairy, and there are many kinds to choose from out there.

I make this super simple almond milk from scratch.

A pinch of salt

(If you prefer a sweeter taste, you can, for example, add dates, honey or vanilla to the blend) 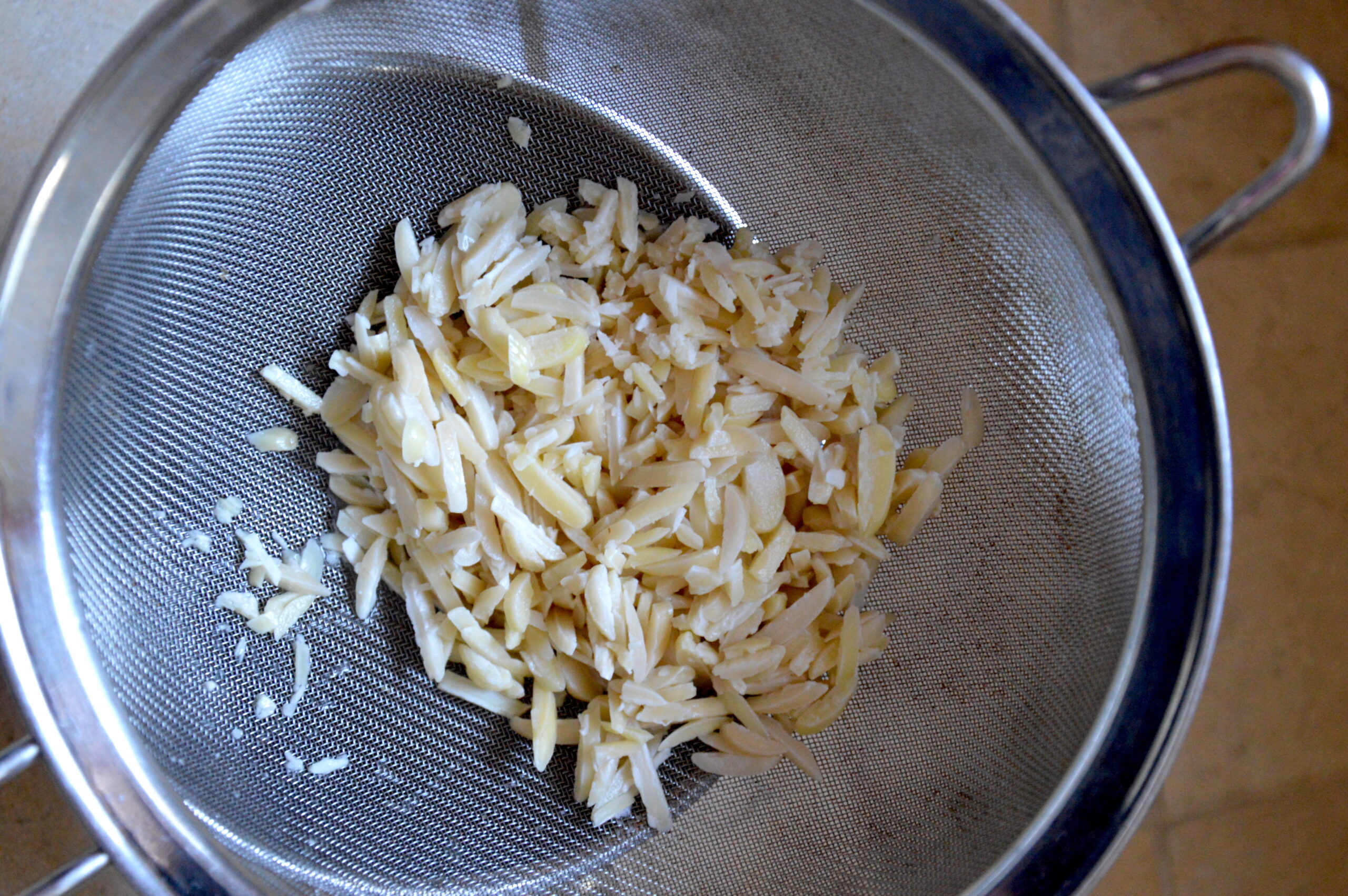 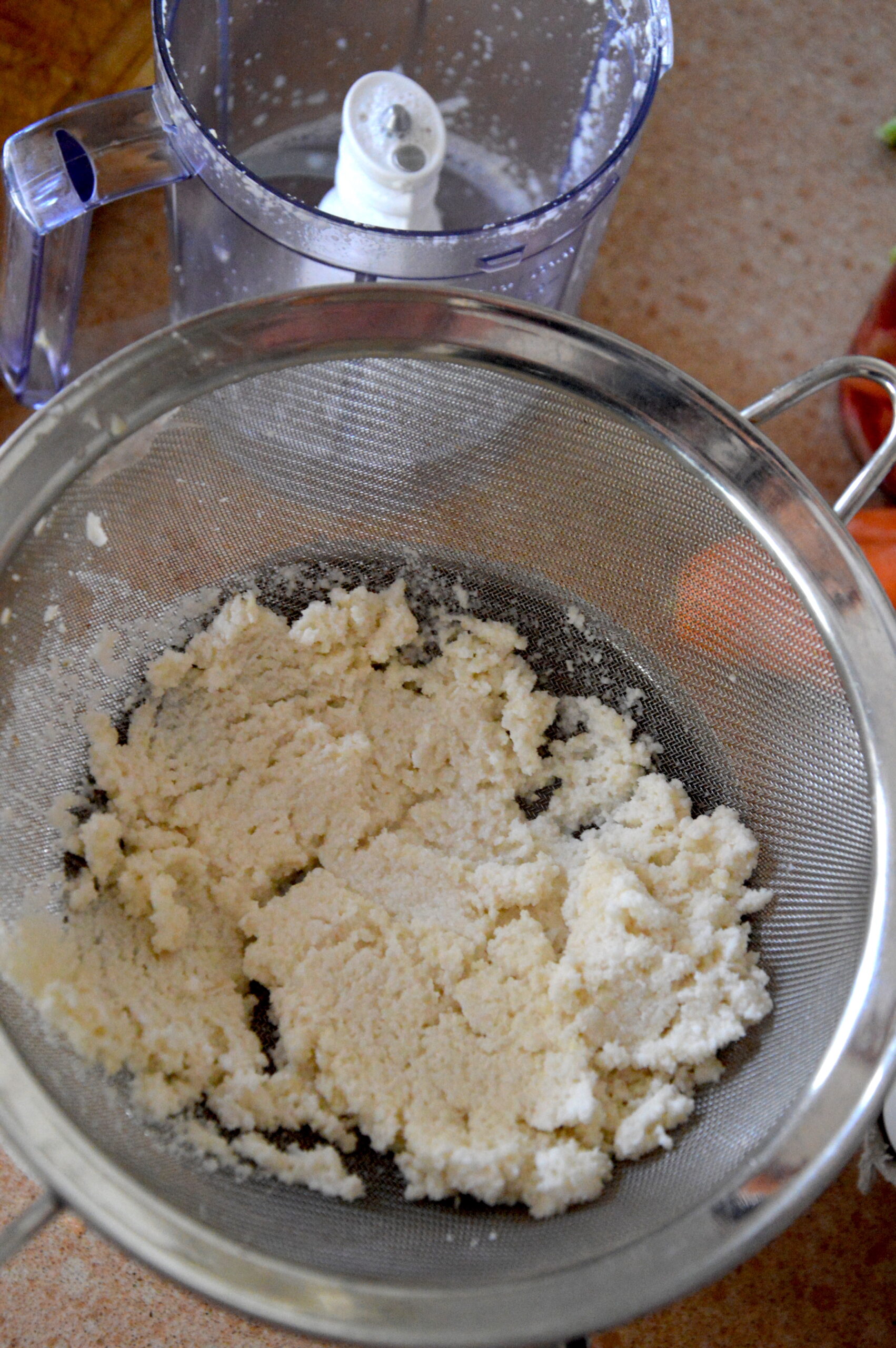 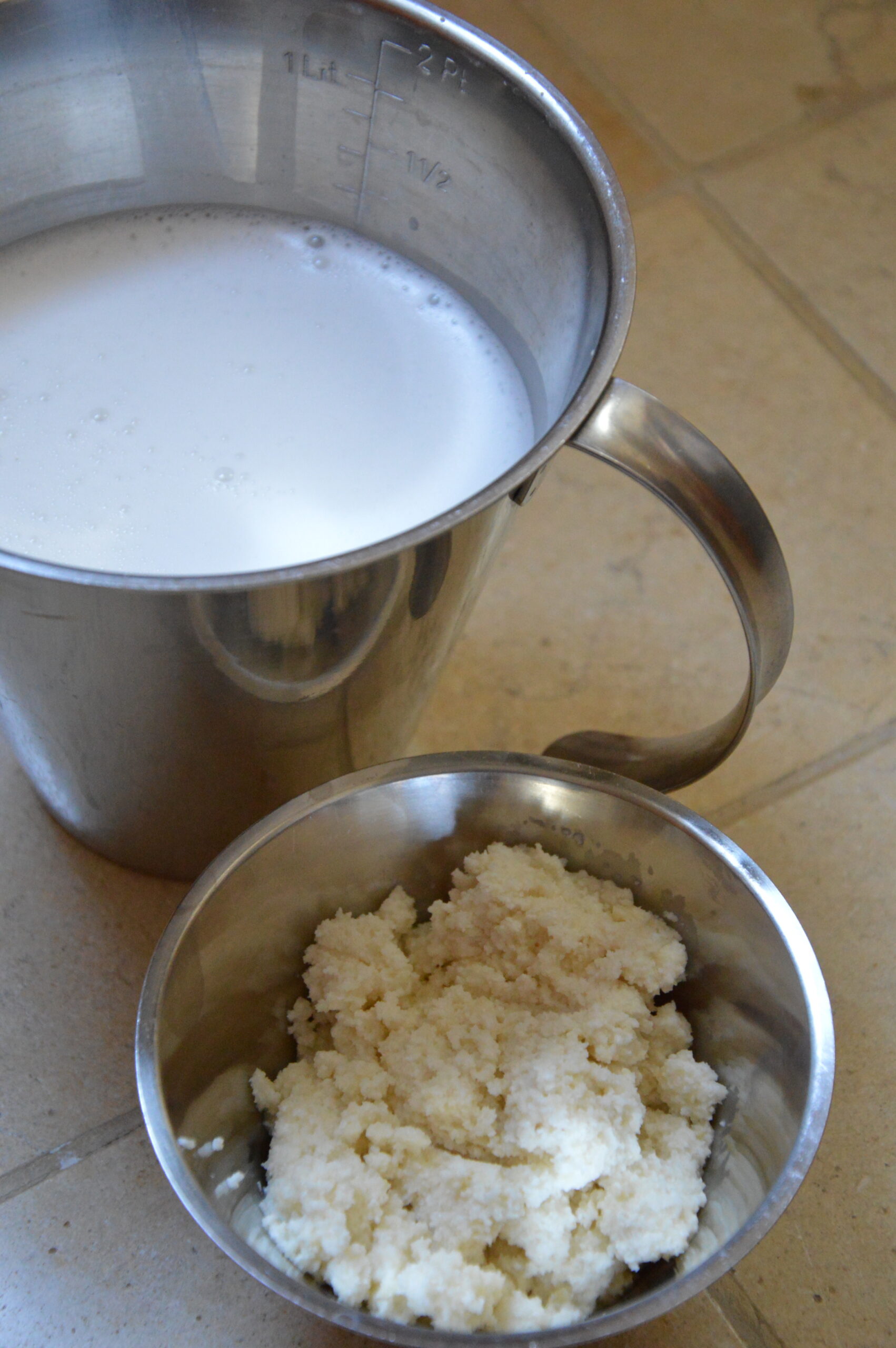 Keep the milk refrigerated in a closed jar for up to 5 days. Shake before drinking. 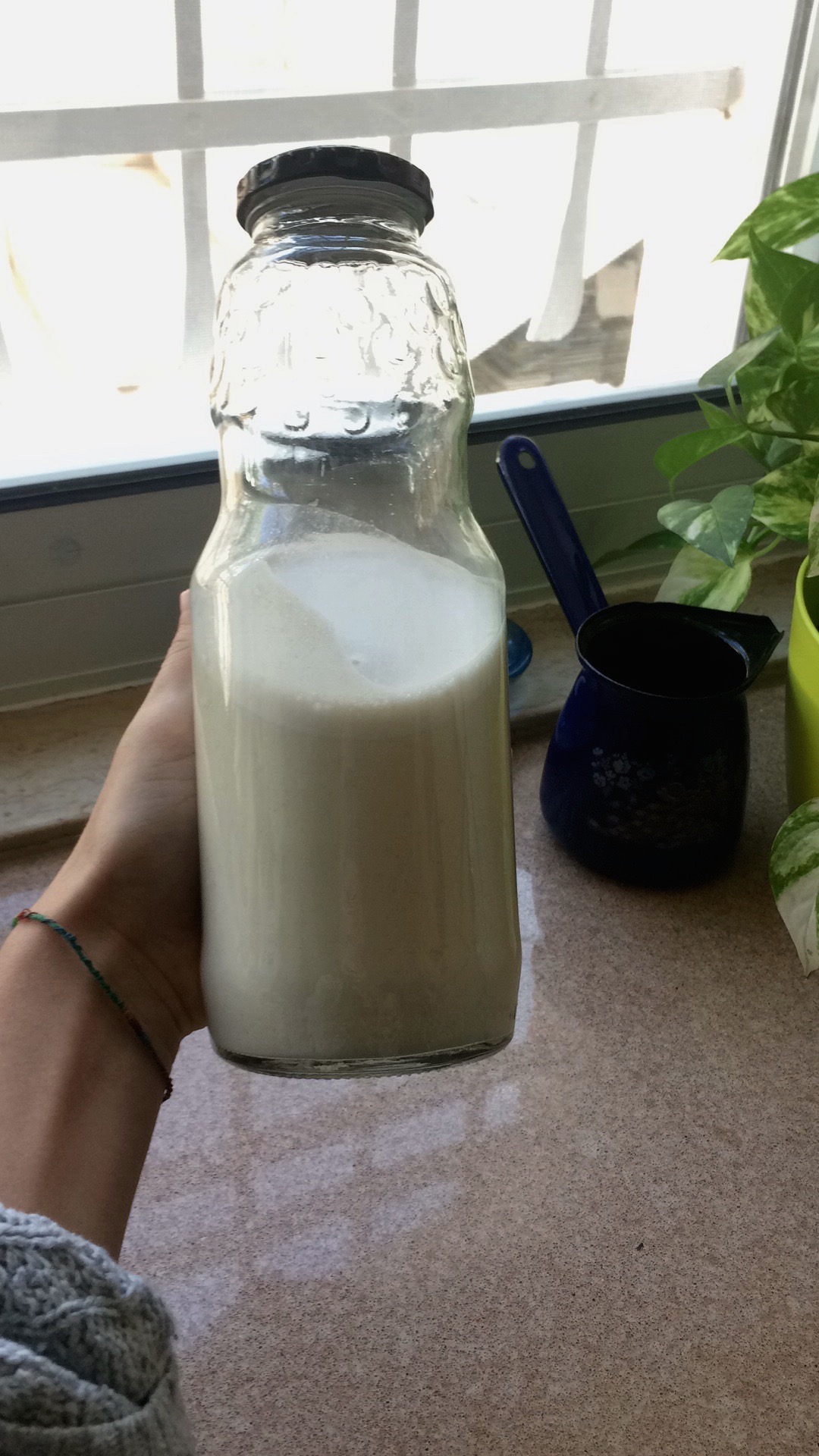 Various nuts and seeds can be used for making other plant-based milk in the same way, by replacing the almonds with nuts for your choice, like walnuts, hazelnuts, hemp seeds, pumpkin seeds, etc.

For ready-made Almond milk, look up Jabal Goods, a Ramallah-based startup that makes its own natural milk. Jabal milk is sold in glass jars that can be returned to be refilled once finished from their various selling points in Ramallah and Beit Jala. Look up their Instagram to learn more.