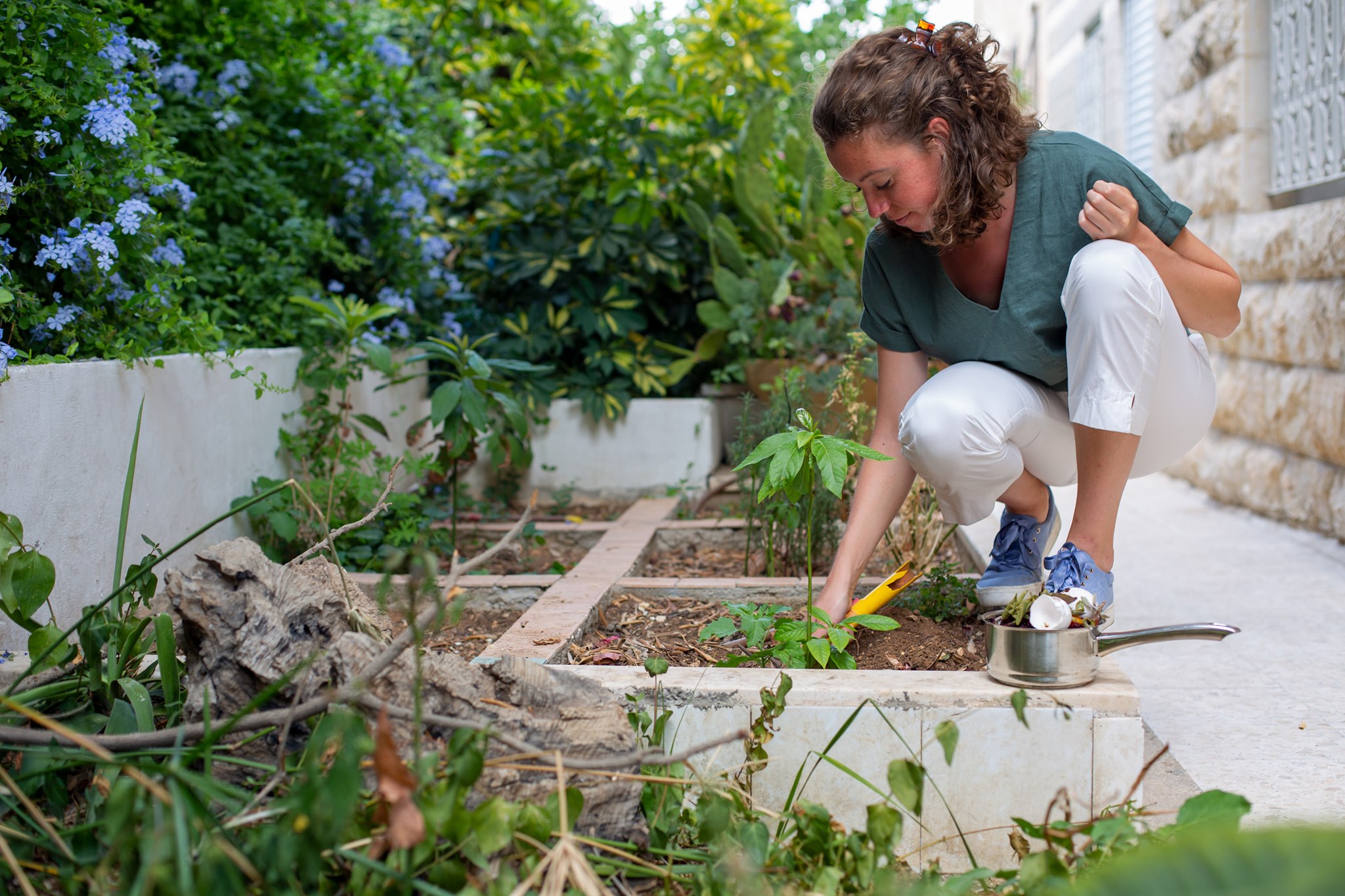 This blog reflects a personal journey towards a zero-waste lifestyle in a non-zero-waste friendly environment. It hopes to inspire others to rethink their trash footprint, to embrace sustainability, simplicity, and resourcefulness in the everyday life.

When I moved back to Palestine in 2017, I was overwhelmed by the amount of trash I faced every time I walked the streets, was in nature or passed through a garbage container. These horrific scenes of trash piles and arbitrary disposal dumps have an adverse effect on the mental and psychological state of the population and create a culture of helplessness and despair.

Not only was this trash an aesthetic problem, but it also presented a tremendous hazard for the environment, contributing to climate change.

At the same time, however, I began to think about my own habits. I also produced a lot of waste. Therefore, I decided to start with myself and reduce my trash as much as I possibly could. Soon enough, I became aware of the global zero-waste movement, a philosophy that aims to prevent trash from ending up in landfills and oceans. The zero-waste concept is based on the 5Rs: Refusing things that are packaged in plastic, Reducing overall consumption, Reusing what is available instead of opting for disposables, Recycling whatever trash is left, and Rotting the food waste produced from your kitchen through composting.

Ever since adopting a zero-waste mindset, I have considerably reduced my household waste by finding alternatives to waste-producing habits in daily life. By making simple swaps, I realized that a little goes a long way. As a result, I was not only reducing the amount of trash, but I became healthier and reduced my costs.